The year is 2019 A.D. The energy world is entierly occupied by bureaucratic representative bodies doing the lobbying work on their behalf. Well, not entirely. One small organization of indomitable energy professionals still hold out against the incumbents. And life is not easy for the management of energy companies used to the slow pace of the incumbents.

Those are the opening lines of every Asterix & Obelix story. OK, I changed them to fit our own situation. Lets cut to the chase. We have pulled off what no other professional representative organization has pulled off.

On September 19th, 2019 a tax reform package passed the Austrian parliament. This new law lowered the excise tax levied on sales of LNG as fuel among many other measures. It came as a total surprise to us. We have been lobbying for that for more than 2 years but the events of the past months made a mess of our efforts.

By the way, this is not the usual temporary fix that we know from many other countries in Europe. From now on, LNG project developers will find a stable and competitive market in Austria.

But how did we do this? When it comes to resources and presence, LNG Europe is a minnow among all those giant professional representative bodies. Let’s take a step back in time and look at the developments that led to this great piece of news.

It all started on July 2017 with the formation of the non-profit organization LNG Austria.

The real starting point was many years before that. It is hard to pin down precisely as the principals of LNG Austria have been active in lobbying for LNG since 2012. The tax change was a part of this effort but by no means everything.

What changed in 2017 was the transformation of an unorganized effort into a formal association. Our initial reasoning was that market players should be interesting to push something that made sense to them. First of all the energy industry and the logistics sector.

How wrong we were.

Everyone sat and did nothing. Not really NOTHING but it was so timid, so little that one would be excused to think that there was nothing at all. Hence, no support at all. We were not deterred.

We started out with what little money and support we had. We talked to politicians. We contacted administration officials and public bodies. We met with the companies that already had stakes in the game.

We gave speeches and public presentations in front of industry bodies. At times it felt like we were hitting a wall.

Then, little by little, things started to change. We found a communication line in the ministry of infrastructure. This did not give us the results we were after straight away. The tax change was most dear to our hearts and this was a matter with the finance ministry. Communication with those folks was very formal and very stiff.

We went as far as making made a suggestion about how the finance minister would be able to quickly deal with this matter. He could have rescinded an executive order from his predecessor and reinterpreted the existing laws. It was a crude fix but we thought quick action and something imperfect is preferable to a perfect thing that never comes to pass.

Early in 2019, we saw the first movement. We received more and more commitment from the administration of the infrastructure ministry. And also some other administration officials. In private, they admitted that LNG was the only workable and cheap solution for heavy transport.

Nothing flashy to show to the outside world but it was a sign that awareness started to creep in. In the meantime, we had more or less stopped talking to the industry players. We understood that no support from those destined to benefit most from this measure was forthcoming. So we decided to limit our efforts on them as we would be better off with hands-free to do what needed to be done. This was no time for political correctness.

Mid-2018 we created a new organization. LNG Europe was to be an industry association. LNG Austria is to remain the citizen collective it always was. We wanted to make sure that there would be no lien to the industry so we can stay above the fray. This way we kept the association on course and clean.

We were on course for the tax change.

Our contacts in the various administrations kept us updated. Eventually, the draft proposal for the tax reform made it into the parliamentary commission. That was the moment when we were sure that had pulled it off. Only a major calamity could derail this draft proposal.

As so very often, the calamity came in the form of the Ibiza scandal. It brought the entire Austrian government down and triggered fresh national elections. We were being told that the draft proposal was no more than 3 weeks away from becoming law days before the Ibiza scandal broke.

Suddenly, it all stopped in the tracks.

Austria watched breathlessly how a government broke apart. It saw how political parties that had worked together in a coalition days before fought each other to the bone.

Were we pissed? You bet. When the government fell we more or less concluded that all the work we had done was down the drain. We were sure that we had to start over after a new government was in place. That could take until the start of 2020. Hence we decided to take care of other issues that banged on the door.

3 weeks before election night we were still convinced that we would have to start over by the new year. Administration insiders assured us that there was no way for the law to pass now.

Imagine our surprise. 10 days before the election parliament passed the law. The political parties composing the last government voted the tax reform through on September 19th. The change for LNG was a little piece in a big reform package but it got voted into law with all the rest of it.

Looks like the old governmental parties wanted to show the electorate that they could still do more than bickering.

We were so surprised that we had to take a little more than a second to reconfigure. Suddenly our most important issue was resolved.

In Austria at least. But LNG Austria is focused on Austrian developments. And LNG Europe was created here and sees the Austrian market as an essential piece of the puzzle for Europe.

Because one of our objectives in LNG Austria has always been to make Austria the clean transportation hub of Europe. And as much of European cross border transport goes through Austria anyhow, it is outstandingly placed to be that hub.

But there is a whole continent on our doorstep and we need more such tax changes to allow LNG everywhere to develop its full potential.

Our script has changed. We have reached our first milestone now. We did so under the unlikeliest circumstances and with very little funding. We are very much like those indomitable Gauls facing the Romans.

It is like with the Pyramids. You have a party when the foundational stone is well placed. But there still remains a pyramid to be built. Time to step up again and again.

About the Author: Rudolf Huber 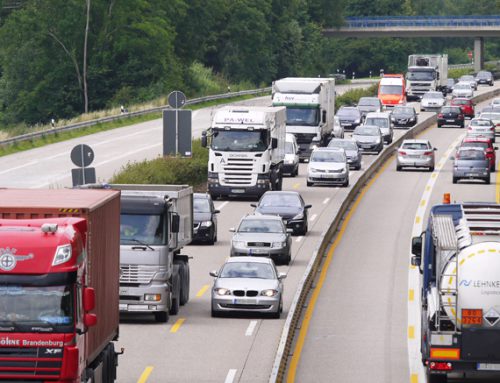 Long distance trucking – taking the edge off the problem Gallery

Long distance trucking – taking the edge off the problem 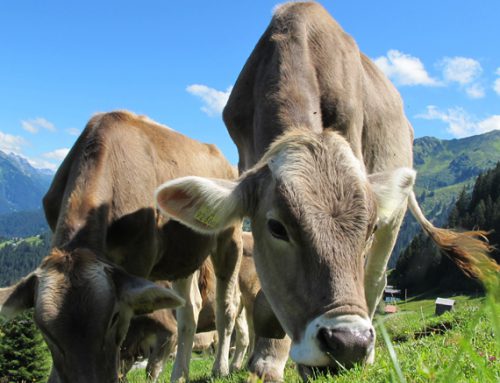